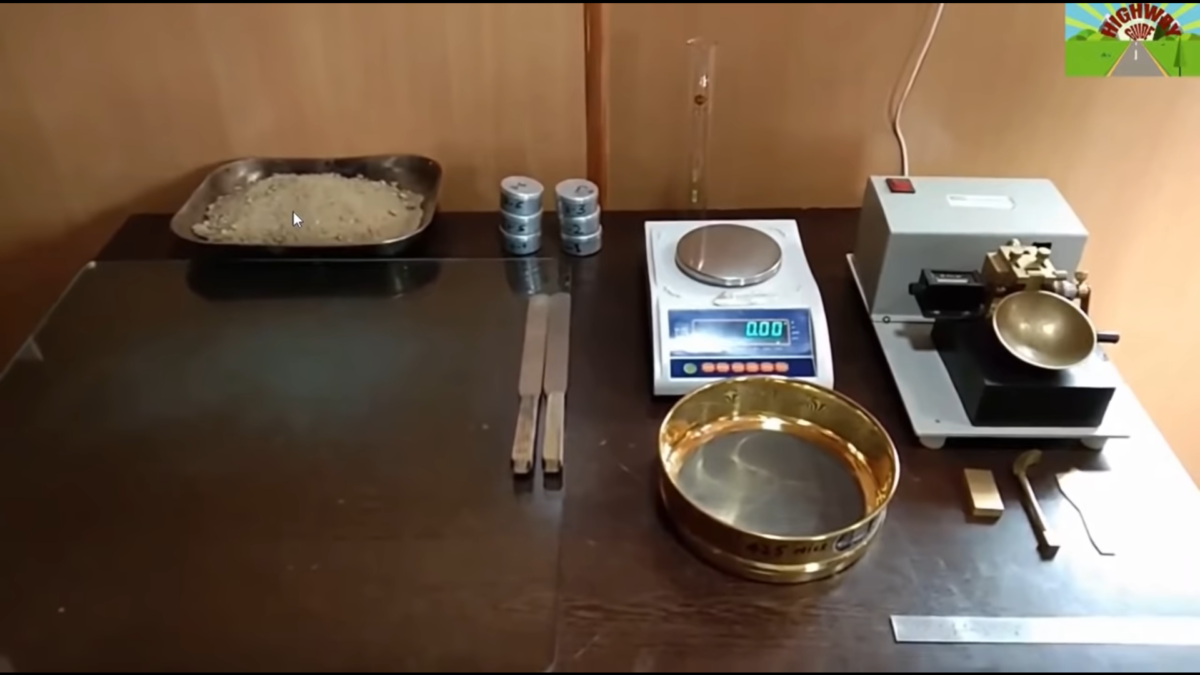 DETERMINATION OF LIQUID LIMIT OF SOIL

DETERMINATION OF LIQUID LIMIT OF SOIL

This test is done to find out  the liquid limit of soil as per IS: 2720 (Part 5) – 1985. The liquid limit of fine-grained soil is the water content at which soil behaves practically just like a liquid, but have small shear strength. It’s flow closes the groove of 12.7 mm in just 25 blows in Casagrande’s liquid limit device.

i) Dry the soil sample in and break the clods with wooden hammer. Remove any organic matter like tree roots& pieces of bark, etc.ii) Take about 120 g of the specimen passing through 425µm IS Sieve and  mixed thoroughly  it with distilled water in the evaporating dish and left it for 24 hrs. for soaking.

i) Place a portion of the paste into the cup of the liquid limit device.

ii) Level the mix from top so as to have a maximum depth of 1 cm.

iii) Draw the groove from special design tool through the sample along the symmetrical axis of the cup & holding the tool perpendicular to the cup.

vi) After the soil paste has been cut by a suitable grooving tool, the handle of the device is rotated at the rate of about 2 revolutions per second and the no. of blows counted, till the two parts of the sample come into contact for about 10 mm length.

vii) Take about 10 g of soil near the closed groove as a sample for  determing its water content.

viii) The soil of the cup is transferred into the dish containing the soil paste and mixed thoroughly after adding some water. Repeat the test as earlier.

ix) By changing  the water content of the soil and repeating the foregoing operations & obtain at least 5 readings in the range of  between 15 to 35 blows.  Keep in mind don’t mix dry soil to change its consistency.

x) Now Liquid limit is determined by plotting a ‘flow curve’ on a semi-log graph, with no. of blows as abscissa X -axis (log scale) and the water content as ordinate on Y axis and drawing the best possible straight line through the plotted points.

Report the water content corresponding to 25 number blows by reading from the flow Curve as the Liquid Limit. A sample of Flow curve is given below for your reference.

Safety: .1 Use hand gloves while opening the door of oven

For determination of the plastic limit of soil.

After receiving the soil sample from the site it is dried in air or in oven ( by maintaining a temperature of 600C). If clods are there in the soil sample it is broken with the help of wooden mallet. The soil passing through 425 micron sieve is used for this test.